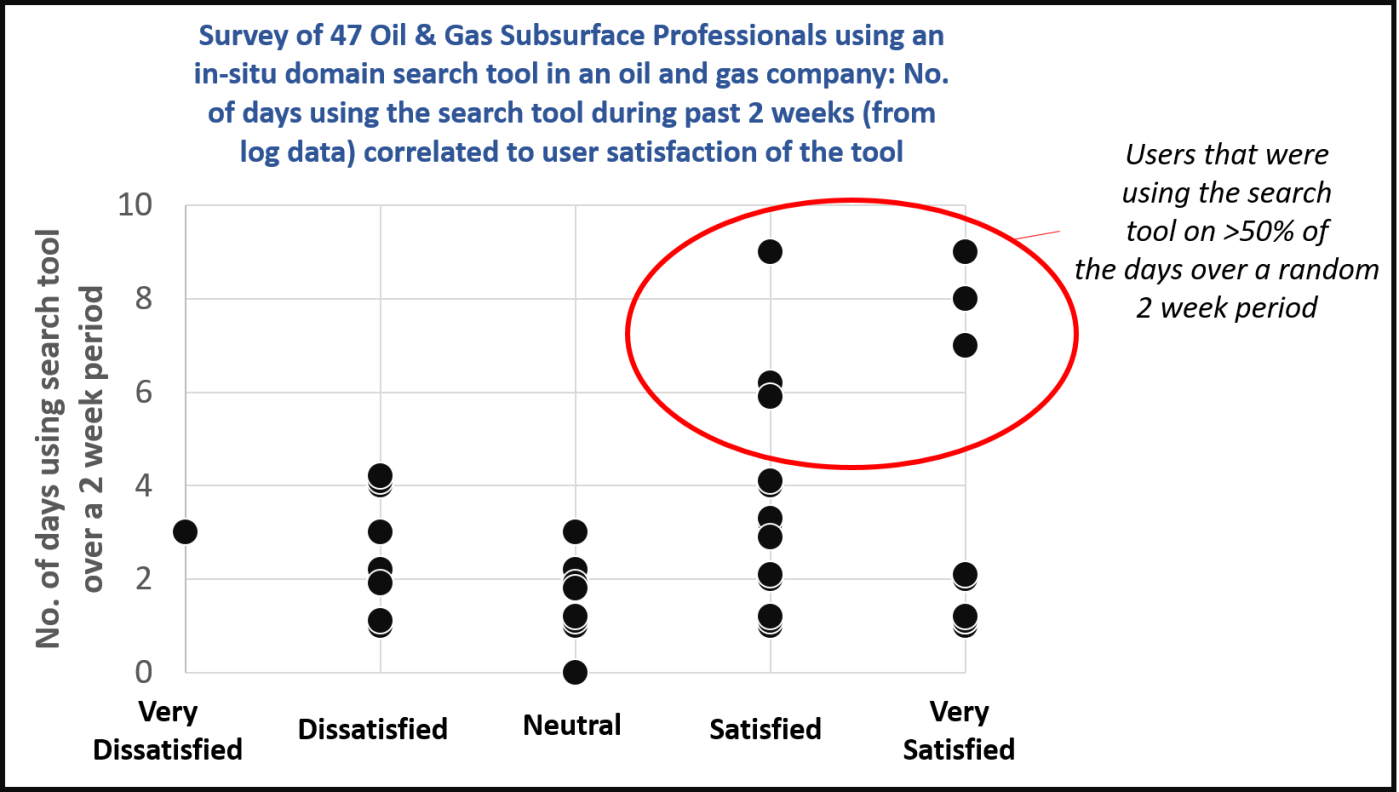 Measuring user satisfaction with an enterprise search tool can be difficult. Feedback mechanisms on the user interface tend to only capture a small self-selected sample that may be skewed towards negative views. Whilst surveys can capture more data, they are also self-selecting and tend to be small scale compared to actual enterprise usage. Clickthrough data is useful as a surrogate for search quality and session behaviour but does not necessarily translate into user satisfaction. 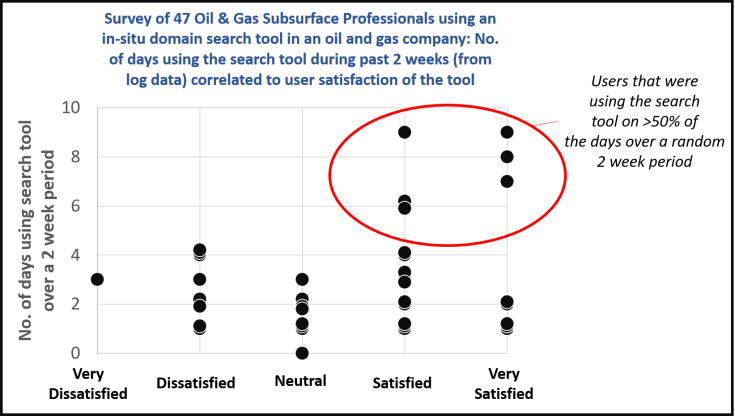 The data points outlined in the red circle are interesting. In the small sample tested, all the users who had used the search tool on over 50% of the working days (5 working days) over the prior 2 week period (10 working days), were satisfied/very satisfied. These could be considered ‘happy repeat customers’.

As a causal mechanism, it is postulated that it would be unlikely that a user would use a search tool in an enterprise ‘every other day’ if they were not getting some value out of it. An alternative explanation is that the user has no choice, they have to use the tool as there is no other way to locate their information, i.e. high usage does not necessarily translate into satisfaction. However, there is plenty of evidence for poor take-up of enterprise search tools (people find other ways to locate what they need), so the best explanation is likely to be that they have some positive experience with the tool to explain the recurring behaviour.

That is not to say that users who use a search tool less are not satisfied of course (as these data show). This could be one marker for companies to assess user satisfaction exploiting large usage volumes rather than self selecting surveys. At present, there is no statistical significance to this finding and the data set is small, presenting an area for further research.